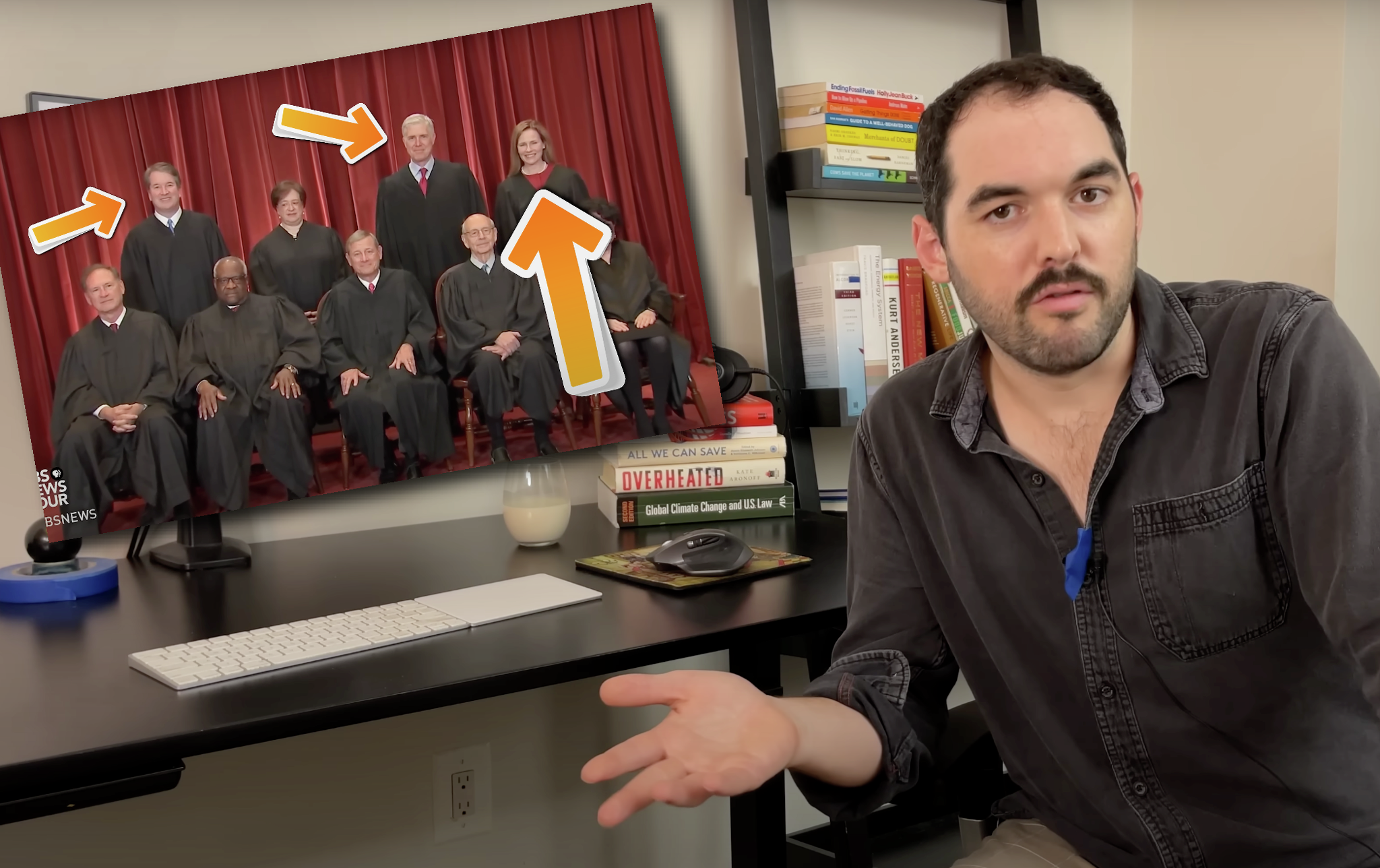 The Supreme Court is on a warpath against federal overreaches that haven’t happened yet and Rollie Williams, environmentalist and host of the popular YouTube channel Climate Town, has a tub full milk(ish) and some context for what it means for the future of environmental protections in the U.S.

When we last heard from Williams, he was breaking down the many and disparate factors not named Brandon that go into determining how much a gallon of gas costs on a given day. This time, Williams is channeling the 2002 film “Minority Report” to explain a decision rendered by the Supreme Court in June that essentially bans the EPA from using regulations that don’t exist but may in the future—a move he describes as the court’s conservative majority attempting to stop future-crimes of federal overreach.

“I wouldn’t be in a bathtub full of half milk, half water, if the Supreme Court didn’t just pull a little ‘Minority Report’ of their own in the case of West Virginia v. The Environmental Protection Agency,” Williams says. “Basically, they ruled 6-3 that the Obama-era Clean Power Plan which was aimed reducing emissions from electric generation was hereby null and void.”

Williams goes on to explain the peculiarities of the court’s decision, namely that the Clean Power Plan was never actually implemented by Obama or following administrations and effectively doesn’t exist and perhaps never will. Whether or not such policies are enacted, however, may not matter to the court’s conservatives justices, according to Williams. He proceeds to run down the history of environmental regulations in the U.S., the EPA’s achievements since its formation in 1970 and the time it repaired the ozone layer so well people forgot it existed.

In short, the EPA is pretty good at protecting the environment when it is allowed to protect the environment. The question now is how this new precedent will be used by the Supreme Court in future cases challenging its ability to do its job.

The silver lining in the ruling is that there are other entities in government with the power to P the E if they so choose. Williams notes that governors and city mayors have a surprising array of tools for making policies and mandates that require companies and polluters to clean up their acts.

As for Houston, Mayor Sylvester Turner is a member of Climate Mayors, a national group of mayors across America’s cities committed to reducing emissions and achieving carbon neutrality benchmarks set forth in the Paris Agreement. If you’d like to talk to the mayor about his climate goals and P-ing E. Turner’s climate agenda and office number can be found here

Harris County Judge Lina Hidalgo announced Tuesday that a local child younger than two-years-old has tested presumptive positive for monkeypox, marking the first pediatric case of the virus reported in Texas. During the news conference, Hidalgo said the child, who has not been in daycare or school, is currently asymptomatic with a rash, but is…

UVALDE — Alfred Garza III wakes up around 11 a.m. most days and downs a can of Monster Energy drink. After a shower, he heads to a popular eatery here, El Herradero de Jalisco, and orders a fajita chicken salad. Then, he makes his way to his father’s mechanic shop, where he hangs out until…

Texas to execute man for slaying of real estate agent

HOUSTON (AP) — A man who fatally stabbed a real estate agent inside a model home in suburban Dallas faces execution Wednesday evening, more than 16 years after the slaying. Kosoul Chanthakoummane was on parole when he was condemned for killing 40-year-old Sarah Walker in July 2006. She was found stabbed more than 30 times…